In India hair is a big export to the United States.  It brings in millions of dollars to the Hindu temples whose worshipers come to the temple to sacrifice there hair.

In 2006 it was estimated roughly that $82 million of human hair from India is exported to the United States, and that India is one the biggest exporters of human hair in the world (source). The hair is taken from the Indian temples, then shipped to factories in China, where they are mixed with Chinese hair to form wigs and  hair extensions for the Western markets.  The hair is then  exported to lucrative salon businesses in the USA where these merchants and wig makers most prize the usually long, dark, silky hair.
Hollywood is even impacted by the Indian hair market.  On the most part, hair that is sacrificed at the temple ends up as hair extensions on Hollywood actresses.  The final cost?  Three thousand dollar a pop. It is obvious that the sale of human hair is a lucrative business.  However, it also fuels revenue into these pagan Hindu temples.  Forget about the price of looking good, it’s financially aiding and arming a false religion!
Hair Sacrificed to Idol(Demon) gods?

In the Hindu faith it is a testament that men and women shave their hair in the temple. Pilgrims make their way from surrounding areas to offer up their hair. A good of example of this in the Indian city of Tripalu.  An estimated 20 million pilgrims each year and offer up hair sacrifices to the god Vishnu.  It costs about $120 million per year to maintain the temple and most of the revenue to support it comes from the sale of human hair (source/source).
One of the main reasons why people sacrifice their hair is because they have no money to give to the gods.  Instead, they offer their hair as a sacrifice.  Temples usually make $200 to $300 per kilogram of sacrificed hair that goes to a middle man.  The money is then used to support pilgrims and community programs (source).

Who is the god Vishnu to whom they sacrifice their hair? Vishnu is the second god in the Hindu triumvirate.  He is seen as the protector and preserver of the universe.  His role is to come back to earth to restore the balance between good and evil(here). It is said that Vishnu has been incarnated at least nine times.  Hindus believe he will be reincarnated a tenth time at the close of the end of this world.  These sacrifices that are offered to Vishnu could be otherwise categorized as sacrifices to devils.

What Does Bible Have to Say Sacrificing to Idols and Accursed Objects?

In the Book of Psalms it states that when people offer up sacrifices to idol gods they are actually sacrificing to the devils (Demon spirits) behind these idol gods. Also, the Book of Joshua speaks about how Achan sinned by taking an accursed Babylonian garment into his family tent after Israel had defeated one of there enemies cities.   The whole ordeal had an end result of causing the nation of Israel to to be defeated in battle in the next conflict because of Achan’s sin of covetousness and having the curse garment in the camp of Israel. This garment was cursed because it was dedicated to demon gods.  That is why AHAYAH  forbid Israel to take objects out of their enemy’s cities.

Please keep in mind that things that are sacrificed to idol gods are dedicated to demons and they have a curse placed on them.  Don’t take the accursed things upon you because it brings a curse upon your life.

Hair is alive and is very important.  You putting on someone else’s hair on your head in which you have no clue who they are has consequences good or bad. The person’s hair you are wearing could have been a pedophile, rapist, sexual predator, depressed, a mean person. As we take in the energy of animals we eat, we also take in the energy and essence of those whose hair we put on our head. 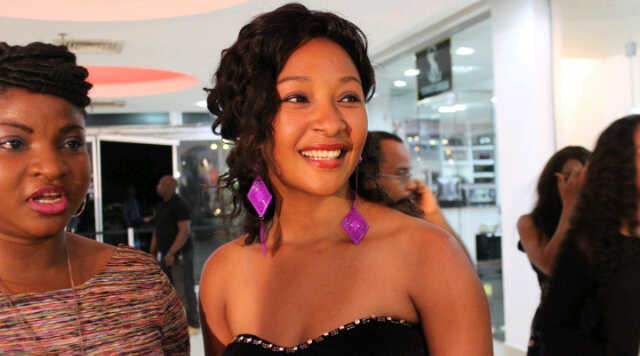 Rachel Edjeren is a Nigerian celebrity producer and actress who recently shared via her blog an experience with tonsured hair that has become subject for debate. Rachel claimed that the spirit of the owner of the human hair she put on her head chased her in the dream.

She wrote: “My husband likes human hair. So even though I like my full dreadlocks kind of hairstyles, I give him what he likes most times. I have done Brazilian and Peruvian, so I thought to try something different and more natural… Indian. Last weekend, I ordered for it and made it. I prayed on it and believed it was fine. Yesterday night, I had the strangest of dreams. I saw that I made a hair that allowed me to pack it, thus project my face and make it look slimmer. All of a sudden, I got into a scam with 3 people who began to chase me all over the place to kill me. I got off from them narrowly then got into a market. There, a madman began to chase me.”

To cut the long story short, Rachel said she narrated the dream to her husband, who asked her to remove it, even though she was reluctant because it cost so much. She cut it off, anointed her head and prayed. She also burnt it. According to her, “Carrying another’s hair is like carrying the person’s spirit.