A UFO has been found on a 14th Century Biblical Painting  in church in Sighisoara, Romanian. 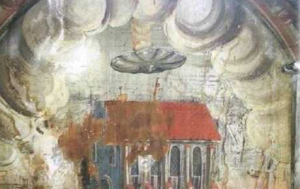 UFO’s or unidentified flying objects have always been subject to controversy with many skpetics, including mainstream scientists, and so called experts dismissing claims on the basis on their own understanding.

However the the Most High through his holy Oracles (the bible) specifically tells us not too do this, else we will err.
Trust in the LORD with all your heart; and lean not unto your own understanding (Proverbs 3.5).

Lets discuss this further then according to what the Most High Supreme power says about these so called UFO’s.

The Most High created everything, thought of everything before, now and in the future,.

1 And he said unto me, In the beginning, when the earth was made, before the borders of the world stood, or ever the winds blew,

2 Before it thundered and lightened, or ever the foundations of paradise were laid,

3 Before the fair flowers were seen, or ever the moveable powers were established, before the innumerable multitude of angels were gathered together,

4 Or ever the heights of the air were lifted up, before the measures of the firmament were named, or ever the chimneys in Sion were hot,

5 And ere the present years were sought out, and or ever the inventions of them that now sin were turned, before they were sealed that have gathered faith for a treasure:

6 Then did I consider these things, and they all were made through me alone, and through none other: by me also they shall be ended, and by none other.

So called UFO’s do exist according to the Bible but due to peoples limited understanding of biblical text AND deliberate cover up by the Jesuit powers, and ultimately Satan, we have been fed the lie that they do not or its just some fantasy idea that someone made up in the past.

4 Sing unto God, sing praises to his name: extol him that rideth upon the heavens by his name Ahayah, and rejoice before him.

THE DEFINITION OF CHARIOT (RAKAB) IS:

a vehicle; by implication, a team; by extension, cavalry; by analogy a rider, i.e. the upper millstone.
KJV: chariot, (upper) millstone, multitude (from the margin), wagon.

These chariots are vehicles.

Jer 4:13 Behold, he shall come up as clouds, and his chariots [shall be] as a whirlwind: his horses are swifter than eagles. Woe unto us! for we are spoiled.
Jer 4:14 O Jerusalem, wash thine heart from wickedness, that thou mayest be saved. How long shall thy vain thoughts lodge within thee?

The CHARIOTS of God are twenty thousand, even thousands of angels: the Lord is among them, as in Sinai, in the holy place… 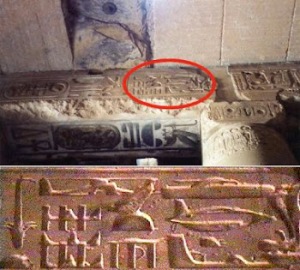 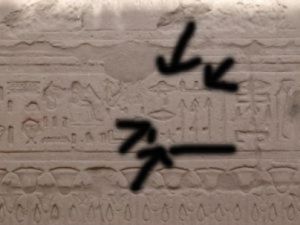 UFOs are nothing new, and have been well documented throughout the ages, via ancient paintings, artifacts, hieroglyphics, cave etchings and so on. 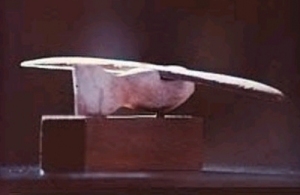 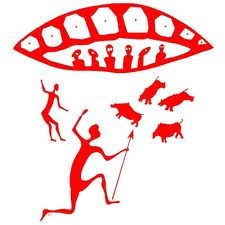 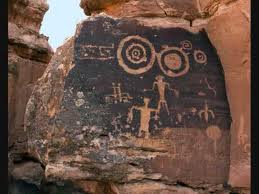 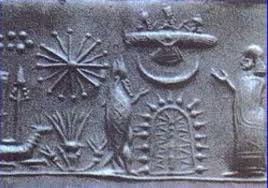 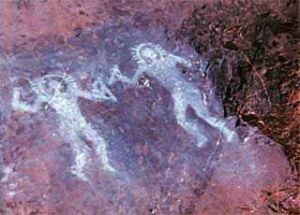 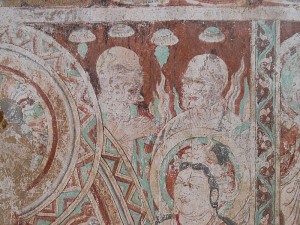 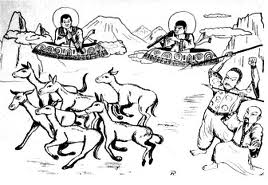 4 And I looked, and, behold, a whirlwind came out of the north, a great cloud, and a fire infolding itself, and a brightness was about it, and out of the midst thereof as the colour of amber, out of the midst of the fire.

12 And they went every one straight forward: whither the spirit was to go, they went; and they turned not when they went.

14 And the living creatures ran and returned as the appearance of a flash of lightning.

18 As for their rings, they were so high that they were dreadful; and their rings were full of eyes round about them four.

20 Whithersoever the spirit was to go, they went, thither was their spirit to go; and the wheels were lifted up over against them: for the spirit of the living creature was in the wheels.

22 And the likeness of the firmament upon the heads of the living creature was as the colour of the terrible crystal, stretched forth over their heads above.

3 Who layeth the beams of his chambers in the waters: who maketh the clouds his chariot: who walketh upon the wings of the wind: 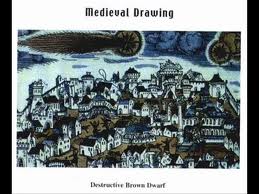 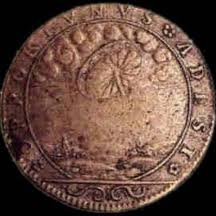 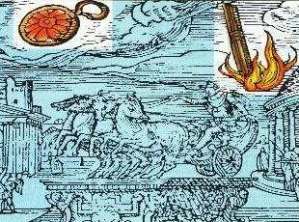 2 Kings 6
12 And one of his servants said, None, my lord, O king: but Elisha, the prophet that is in Israel, telleth the king of Israel the words that thou speakest in thy bedchamber.
Isaiah 31
3 Now the Egyptians are men, and not God; and their horses flesh, and not spirit. When the Lord shall stretch out his hand, both he that helpeth shall fall, and he that is holpen shall fall down, and they all shall fail together.

4 For thus hath the Lord spoken unto me, Like as the lion and the young lion roaring on his prey, when a multitude of shepherds is called forth against him, he will not be afraid of their voice, nor abase himself for the noise of them: so shall theLord of hosts come down to fight for mount Zion, and for the hill thereof.

5 As birds flying, so will the Lord of hosts defend Jerusalem; defending also he will deliver it; and passing over he will preserve it.

13 And he said, Go and spy where he is, that I may send and fetch him. And it was told him, saying, Behold, he is in Dothan.

14 Therefore sent he thither horses, and chariots, and a great host: and they came by night, and compassed the city about.

15 And when the servant of the man of God was risen early, and gone forth, behold, an host compassed the city both with horses and chariots. And his servant said unto him, Alas, my master! how shall we do?

17 And Elisha prayed, and said, Lord, I pray thee, open his eyes, that he may see. And the Lord opened the eyes of the young man; and he saw: and, behold, the mountain was full of horses and chariots of fire round about Elisha.

15 For, behold, the Lord will come with fire, and with his chariots like a whirlwind, to render his anger with fury, and his rebuke with flames of fire.

16 For by fire and by his sword will the Lord plead with all flesh: and the slain of the Lord shall be many. 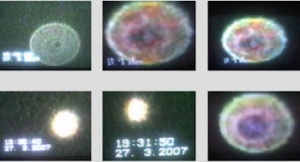 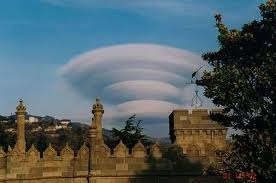 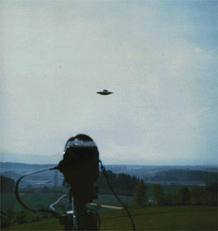 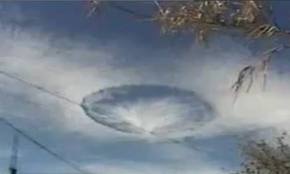 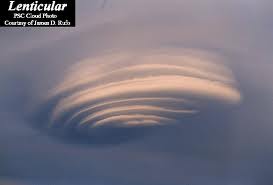 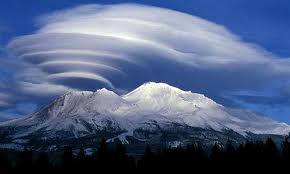 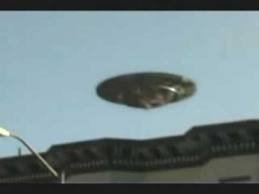 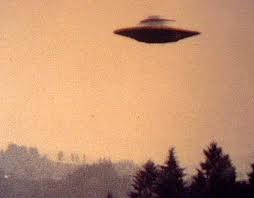 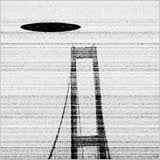 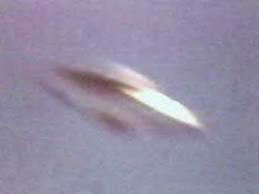 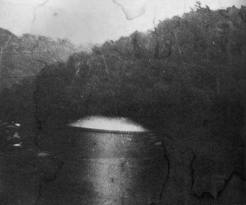 5 And the sons of the prophets that were at Jericho came to Elisha, and said unto him, Knowest thou that the Lord will take away thy master from thy head to day? And he answered, Yea, I know it; hold ye your peace.

6 And Elijah said unto him, Tarry, I pray thee, here; for the Lordhath sent me to Jordan. And he said, As the Lord liveth, and as thy soul liveth, I will not leave thee. And they two went on.

7 And fifty men of the sons of the prophets went, and stood to view afar off: and they two stood by Jordan.

8 And Elijah took his mantle, and wrapped it together, and smote the waters, and they were divided hither and thither, so that they two went over on dry ground.

9 And it came to pass, when they were gone over, that Elijah said unto Elisha, Ask what I shall do for thee, before I be taken away from thee. And Elisha said, I pray thee, let a double portion of thy spirit be upon me.

10 And he said, Thou hast asked a hard thing: nevertheless, if thou see me when I am taken from thee, it shall be so unto thee; but if not, it shall not be so.

11 And it came to pass, as they still went on, and talked, that, behold, there appeared a chariot of fire, and horses of fire, and parted them both asunder; and Elijah went up by a whirlwind into heaven.

12 And Elisha saw it, and he cried, My father, my father, the chariot of Israel, and the horsemen thereof. And he saw him no more: and he took hold of his own clothes, and rent them in two pieces.

5 Then I turned, and lifted up mine eyes, and looked, and behold a flying roll.
2 And he said unto me, What seest thou? And I answered, I see a flying roll; the length thereof is twenty cubits, and the breadth thereof ten cubits.
3 Then said he unto me, This is the curse that goeth forth over the face of the whole earth: for every one that stealeth shall be cut off as on this side according to it; and every one that sweareth shall be cut off as on that side according to it.
4 I will bring it forth, saith the Lord of hosts, and it shall enter into the house of the thief, and into the house of him that sweareth falsely by my name: and it shall remain in the midst of his house, and shall consume it with the timber thereof and the stones thereof.

The Hebrews have their own military, unseen, angelic forces controlled by our God, AHAYAH, the God of the Hebrews.